Our time spent at Goldmyer was amazing. Two months of living in a remote cabin nestled deep in the Cascades Mountains. Our neighbors were a river, a rocky peak, a waterfall and the hot springs – oh, and plenty of naked people. Did I forget to mention that? Because it was my first hot spring and I naively did not realize I would be seeing so many naked people. Visitors to the springs would hike in and spend a few hours, the day, or could tent camp overnight for multiple day use. We were never permitted to let in more than 20 people a day, so things were always quite and peaceful up at Goldmyer.

Another note about the naked people because this is a topic of curiosity to me – surprisingly, there was never an air of discomfort, sexual tension or any lude behavior. The springs seemed to attract people who just liked to soak whilst sporting no clothing. Given that Dave and I were caretakers, we felt obligated to be naked too while we were at the springs. My first day I just took a deep breath, put on an air that I had done this a million times and stripped down to the my birthday suit as if this was second nature to me. And in no time, it actually did become second nature. Within the first week, Dave and I felt totally at ease being nude in front of strangers. Plus, strangely, when you’re not wearing a single article of clothing, somehow your dialogue with strangers becomes more honest, frank and genuine – or at least that’s how it felt for me as I fiercely maintained eye contact, actively ignoring anything in my peripheral view. 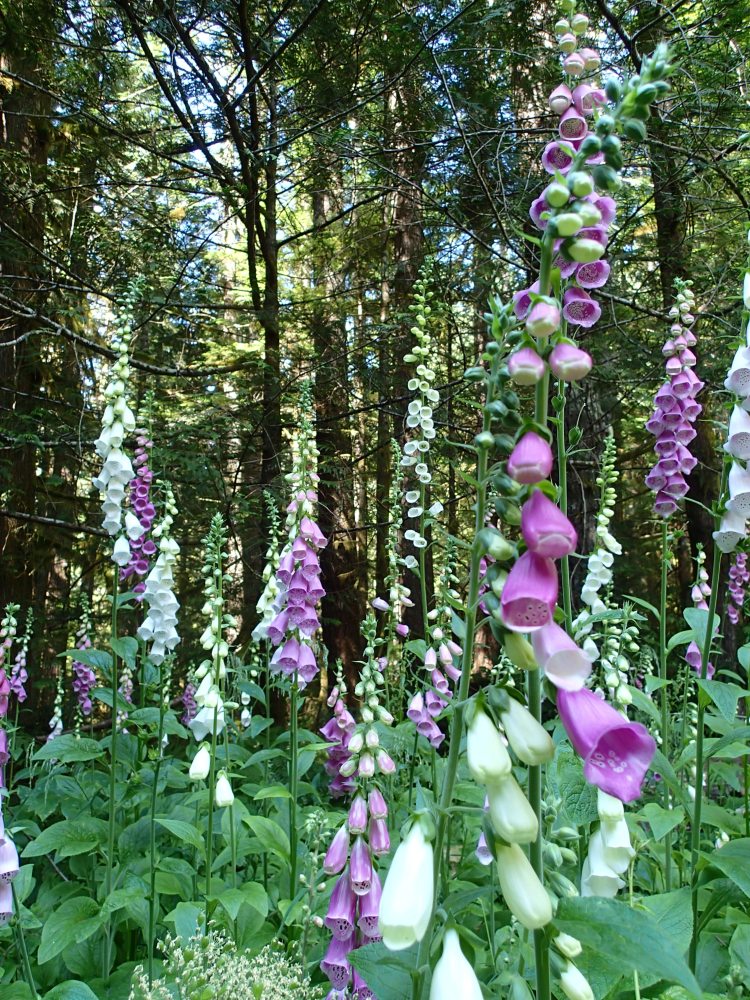 We got to a point where there were so many hummingbirds (Anna’s and Rufuous) that we were going through 2 cups of sugar a day to feed the dozen or so.

Some days were spent reading, but most of our days were very filled. Between trail work, cleaning the pools, baking bread for a regular staple and checking in the visitors – our days were long and tiring but wonderful.

Burntboot Creek was always a source of white noise in the cabin.

This is Grandpa tree. An +/-800 year old Douglas fir. One of many old growth trees on the property. It was very humbling.

Up on the top left is the cave that provides the source of the hot water. There are two lower pools fed by a cascading flow of geothermally heated water.

On an incredible shot of luck, nearly all our time in Washington had blue skies and warm days. A few days that we would have heavy overcast and rain, it was still breathtaking in the mist.

We watched hummingbirds mature from juveniles and migrate south for the winter. We soaked in pristine natural hot springs while settled next to a waterfall. We went on nature hikes and familiarized ourselves with the local flora and fauna well enough that we could identify nearly everything. We dined on homemade bread and desserts, fresh berries and wild mushrooms. No phones, no tv, no vehicles. It was quiet and simple and lovely.

We got to take a break from the seclusion of Goldmyer midway through and took a couple days to enjoy sumptuous Seattle. Best city we’ve been to yet.

We visited the Chihuly Art Exhibit made up primarily of blown glass.

We spent an afternoon in the Seattle Aquarium.

We met up with some ice friends and family while in town, too. 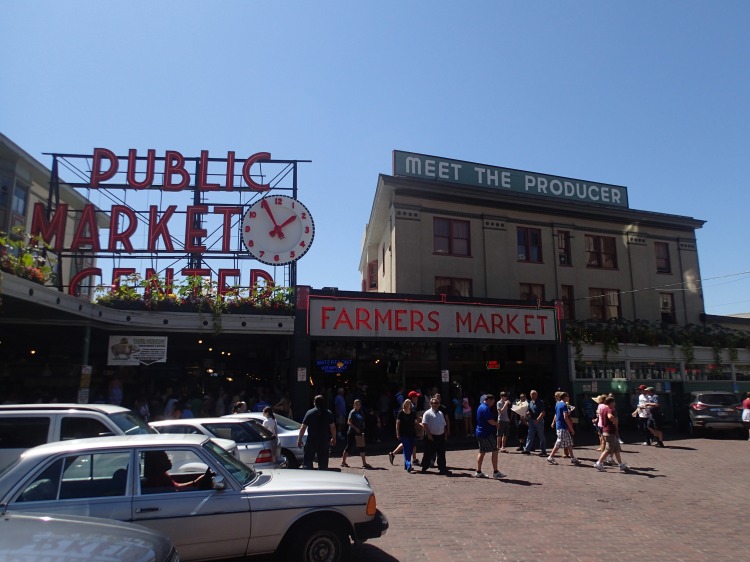 Next, off to my aunt’s place, just outside Portland. We spent almost a week at her place seeing the sites, including salmon swimming upstream, Weird Portland and The Gorge. 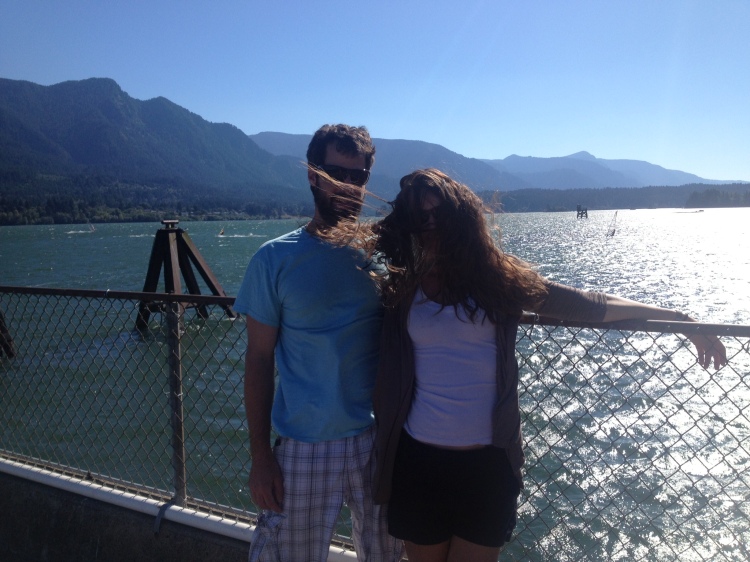 Of course, we had to wait in line for Voodoo Donuts. Yes, those are Coco Puffs.

Finally, we started our journey south on the 101, aka, Pacific Coastal Highway. Whoa, what a drive. Through rocky shoals, sandy beaches, mountains, Redwoods, quaint fishing towns, congested cities – you name it. If anyone is remotely considering doing this drive, both Dave and I myself would highly recommend it. It always kept us on our toes, never sure what was around the next turn and it always remained picturesque. 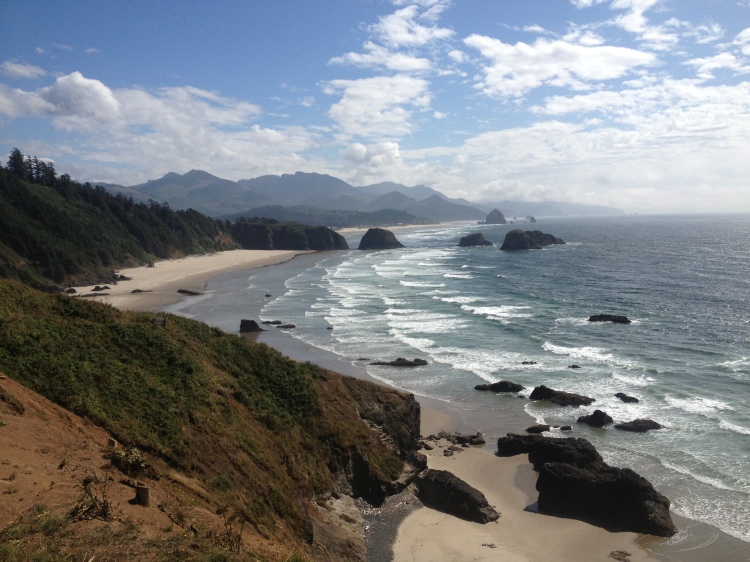 The Oregon coast was spectacular. 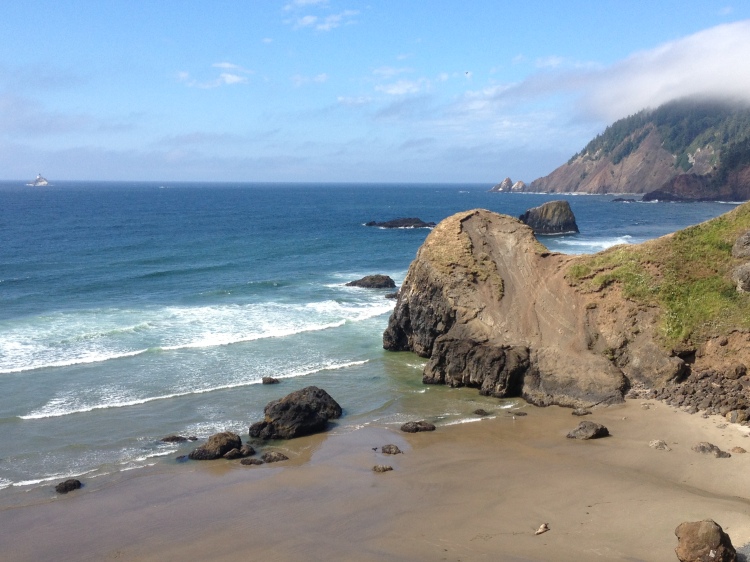 McKinley was often foaming at the mouth for ball time. 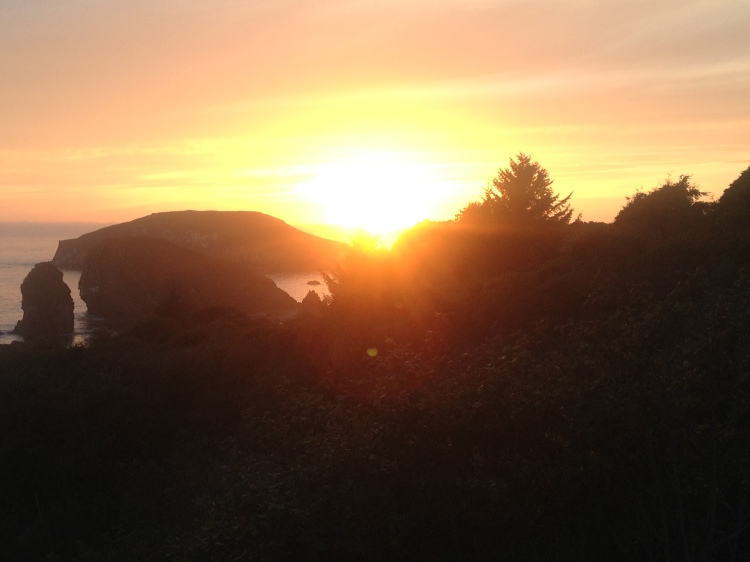 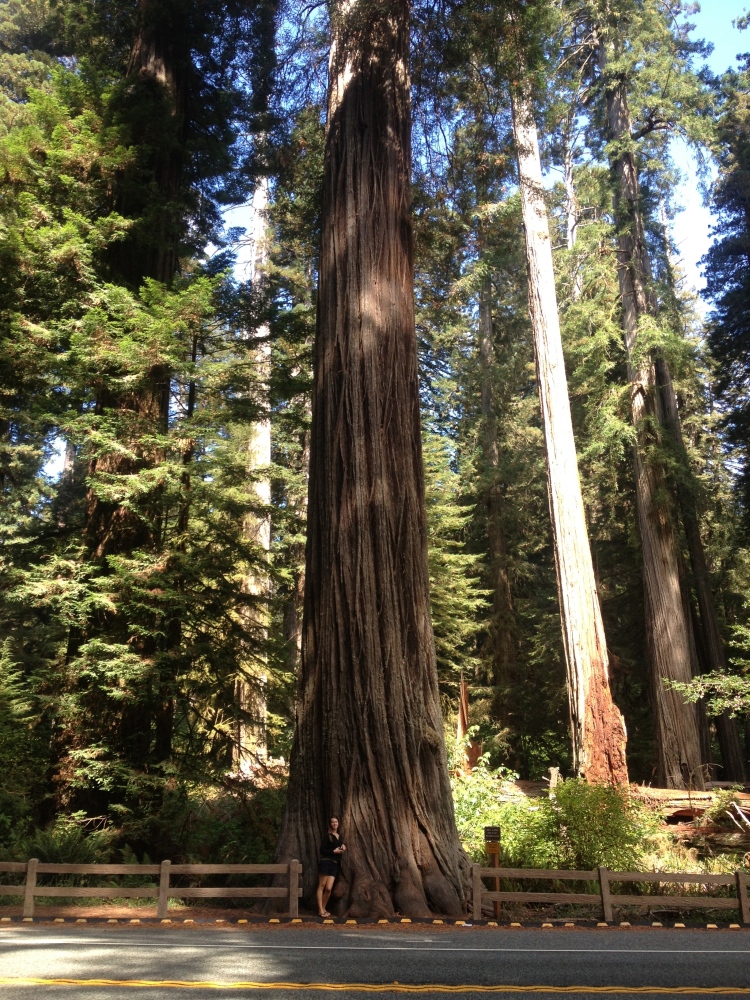 Glass Beach. It was a result of decades of dumping garbage off the jagged coast. The glass at least made for an interesting aftermath, I doubt much can be said of all the other stuff.

We made it as far south as Capestrono (we looked for the sparrows, but alas, none to be seen – we were too early in the season). We had to make it to Utah in time to make it for Paria Canyon, the canyon we hadn’t been able to do the last time we were in Utah due to our friends nearly-bursting appendix. Come to find out, the entire canyon was flooded. Filled with debris, quicksand and water. Impassible. Dammit.

So we spent a few days hiking and canyoneering in Zion National Park instead. 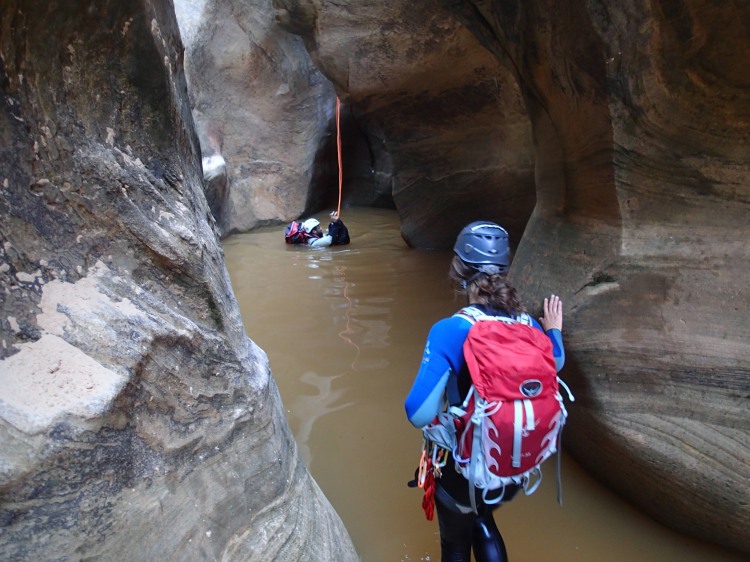 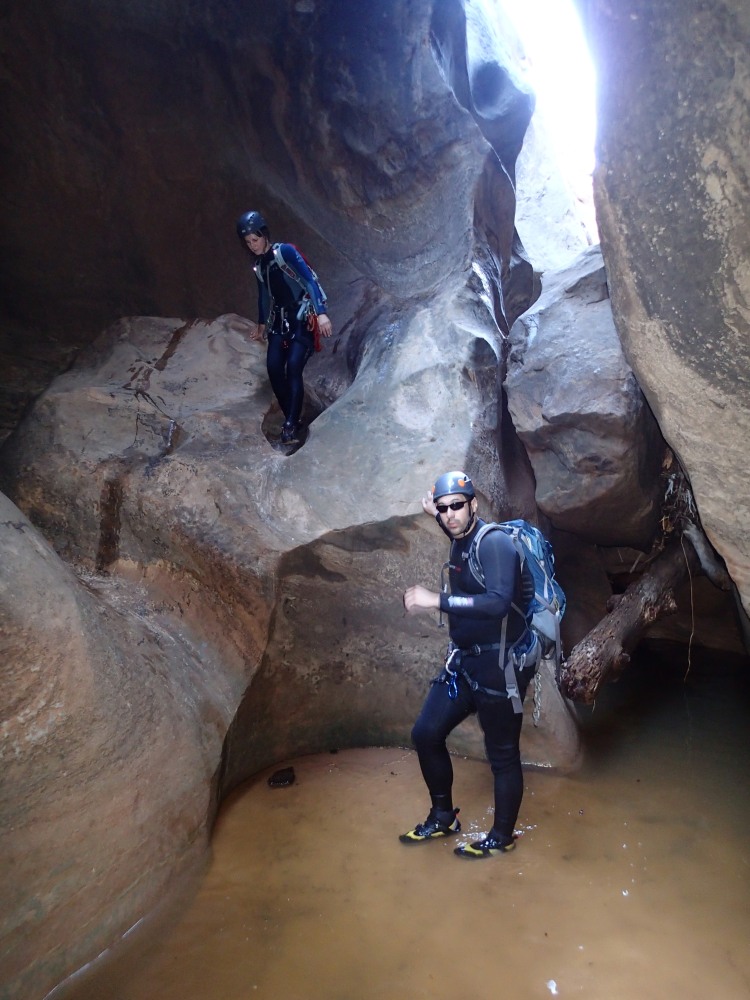 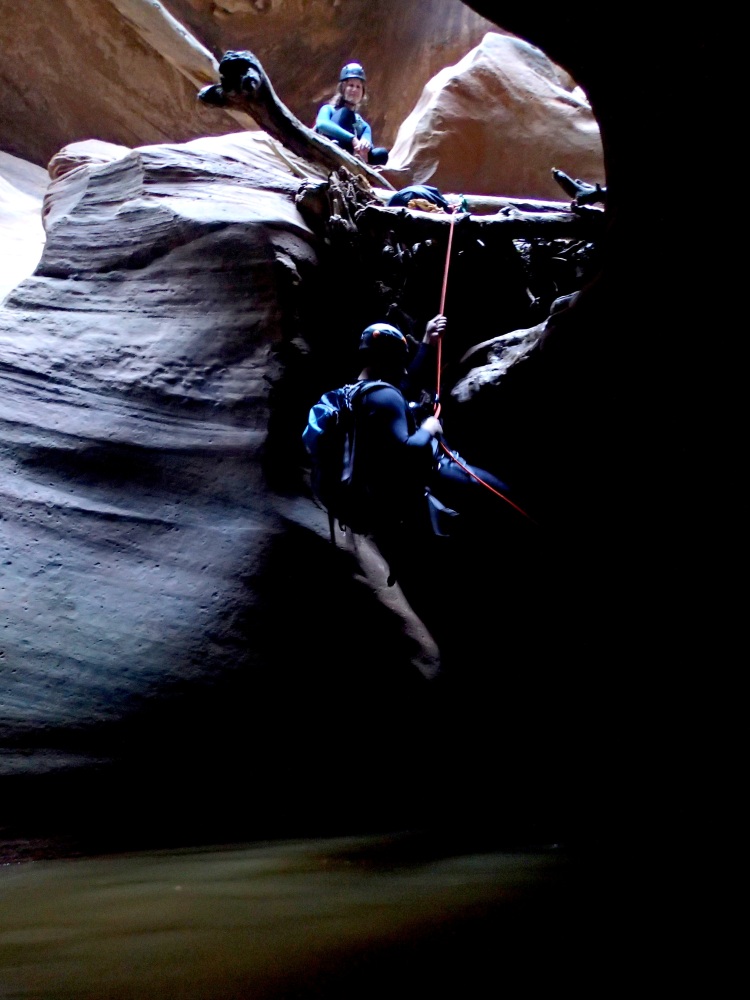 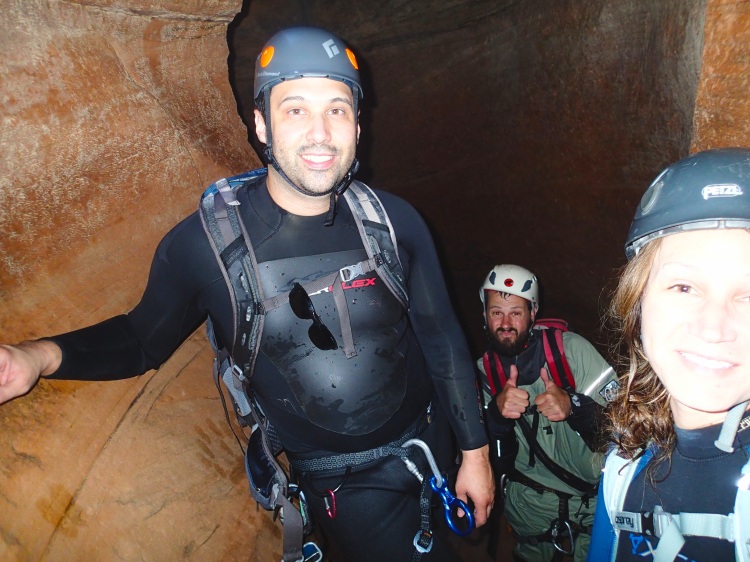 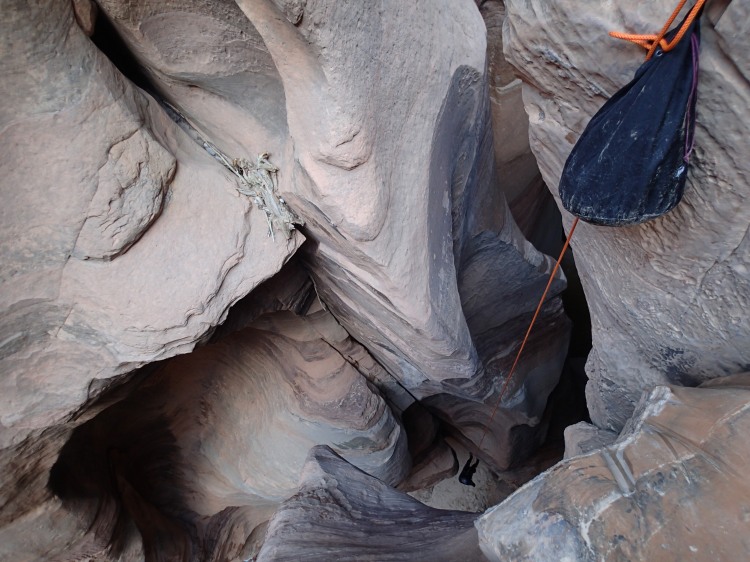 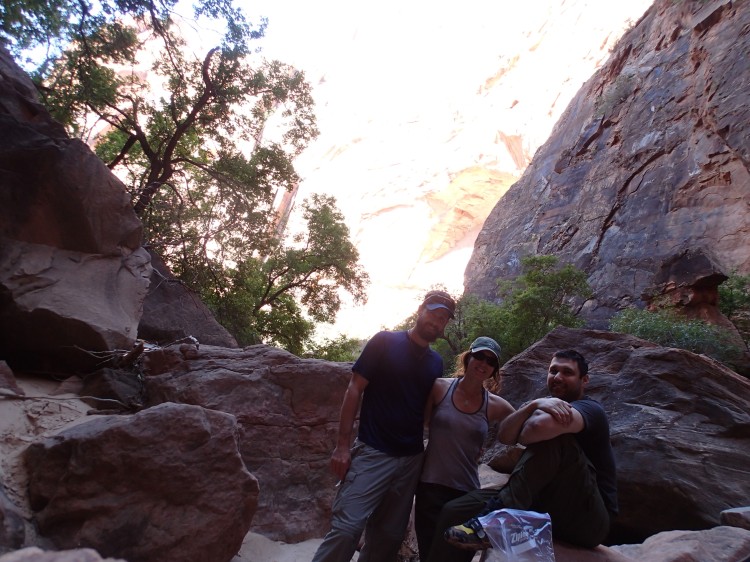 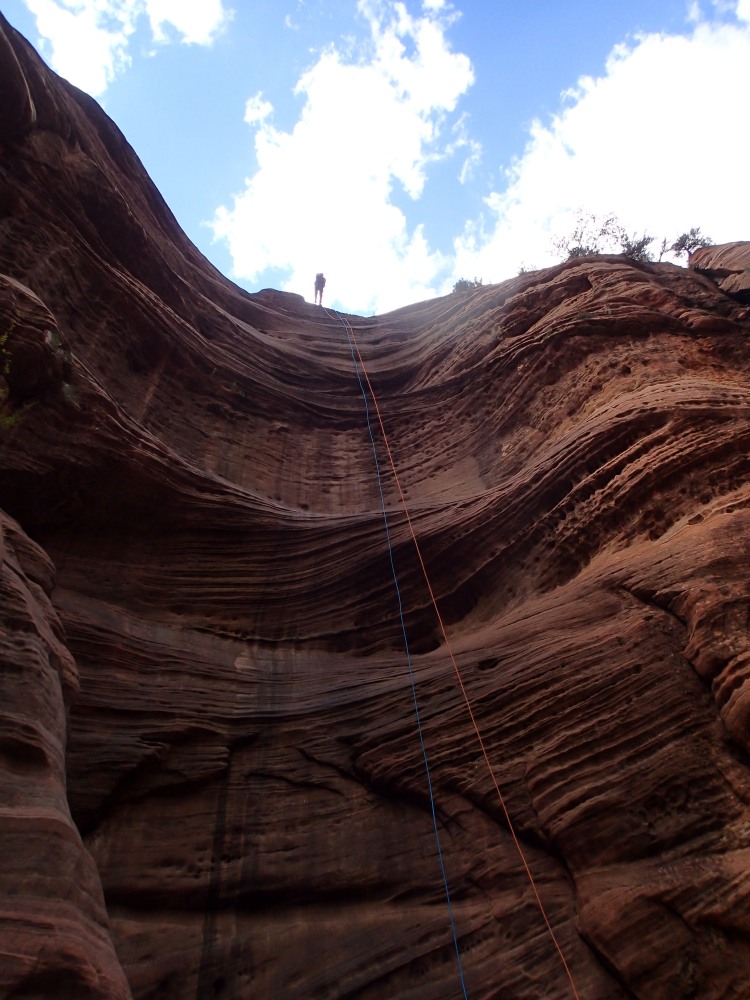 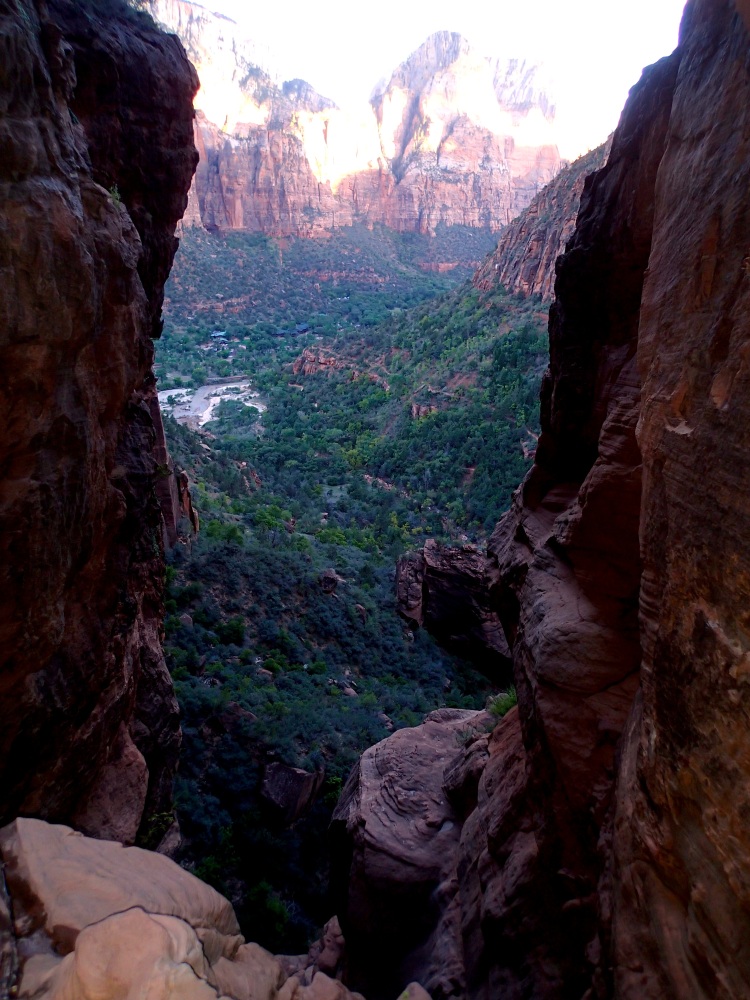 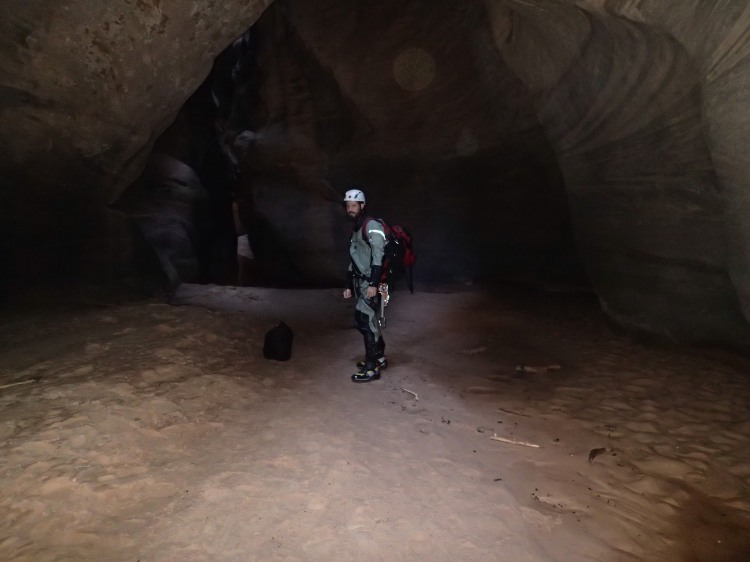 Now? We’re packing up to go back down to Antarctica, next post will be from the Ice.

Follow our blog as we travel the world, work in Antarctica and build our own house in the mountains of Colorado! View more posts

One thought on “A Remote Cabin in the Cascades of Washington to the Pacific Coastal Highway.”